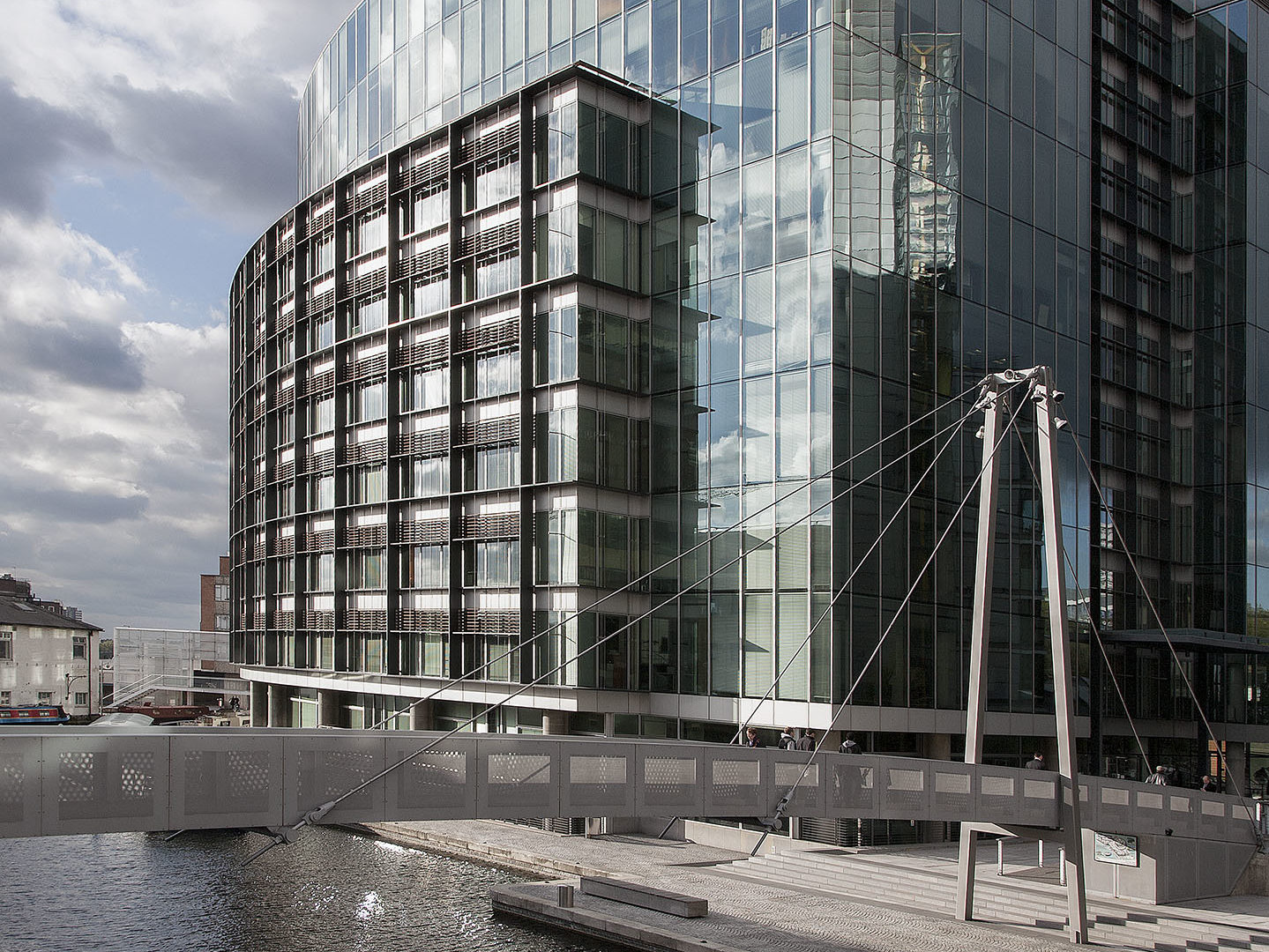 Paddington Basin is named after the nearby canal basin.
The junction of the Regent’s Canal and the Grand Junction Canal is close to this point but the basin itself is the terminus of the Paddington Arm of the Grand Junction Canal. It was opened in 1801. Paddington was chosen because of its position on the New Road which led to the east, providing for onward transport. In its heyday, the basin was a major transhipment facility, and a hive of activity.
Developed by a consortium in partnership with British Waterways, the basin was redevelopment as part of the wider Paddington Waterside scheme and site of The Rolling Bridge, built in 2004. … END_OF_DOCUMENT_TOKEN_TO_BE_REPLACED

Scroll Up
All original content on these pages is fingerprinted and certified by Digiprove
Scroll Up
error: Content is protected by copyright law